In my last post I described Hiroshima’s Dome Building as the most enduring symbol of the catastrophic events of August 6, 1945 when an atomic bomb was exploded over Hiroshima. Today, looking across the Motoyasu River from the Dome Building, the wasteland has been regenerated in the form of the magnificent Peace Park, at the end of which and in a direct line of sight to the Dome Building lies the Hiroshima Peace Museum (pic 1).

For those readers who would like to see vision of the Peace Museum soon after its opening, I suggest watching a classic French movie titled “Hiroshima Mon Amour”. As the title implies, the movie is set in post-war Hiroshima and the opening scenes contain some interesting footage, including a walk through the Peace Museum and some early footage of the Peace Park during development.

A visit to Hiroshima is incomplete without visiting the Peace Museum and my advice would be to allow more time than you may expect. Given the historic event it exists to portray, the Museum is confronting in the way it provides an accurate and objective account of the events of August 6 1945 and thereafter. In fact, the objectivity and lack of rancor in the presentation of the story is commendable and refreshing. The horror and atrocity is, of course, recognised and discussed, but most importantly the emphasis shifts to the need to learn from what happened and ensure that history is not repeated. It is a museum that should not be rushed and can be visited more than once.

Today’s photographs are mostly shots of Museum exhibits, including a number of archival photographs on display in the Museum. The pictures tell the story. The model at pic 2 shows the hypocentre of the blast as the red pole just to the right of the Dome Building where, it is estimated, the temperature would have approximated 4000 degrees Celsius. One can also note the intersection of the two bridges to the left of the Dome Building forming the T that was the target point for the Enola Gay’s bombardier.

One minute following the explosion, the mushroom cloud photograph (pic 3) was taken by Russell E Gackenbach; a crewman on the Necessary Evil, which accompanied the Enola Gay. It was reported by Russell Gackenbach that the crew’s return journey was made in silence after witnessing the event.

Whilst there is no need for further description of the pain and suffering depicted by pics 5 and 6, the obvious tenderness of the Red Cross nurse and the gratitude of her patient at pic 7 is a heartwarming image of the human spirit.

The series of shots (pics 10 to 16) titled Memories of the day give an insight into the minds of survivors and are particularly compelling when one considers the drawings and paintings were made decades later. One hopes the process of graphically sharing their recollections provided some level of comfort to the contributors, yet their clarity of memory is a frightening reminder of the lasting effects of traumatic events.

On a more positive note, pic 17 shows a 1956 photograph of Japanese students seeking support for the establishment of a Children’s Peace Monument. Their efforts were successful and photographs of the monument will be shown in my next post.

An ongoing role of the Peace Museum is to monitor nuclear testing internationally and via the Peace Watch Tower (pic 18) located in the Museum foyer, to display the number of days since the atomic bombing of Hiroshima and the number of days since the last nuclear test. At the time of posting this blog (August 15, 2014), the current figures are 24,923 days and 49 days respectively.

I strongly recommend anyone visiting Hiroshima to spend time visiting the Peace Museum and the other memorials within the Peace Park. Although the history is dark and sombre, its purpose is to advocate for an end to nuclear arms and a brighter, less oppressive future for all. I have never before written a comment in a Visitors Book. However, during my first visit, I commented to the effect that all newly elected politicians should spend a few days there before taking office, in the hope that they may better understand the futility of war. Perhaps the hope is futile, but who knows! 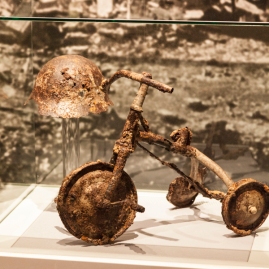 Once a child’s bike 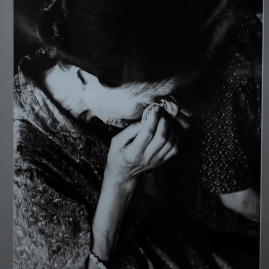 Memories of the day – pic 1

Memories of the day – pic 2

Memories of the day – pic 3

Memories of the day – pic 4

Memories of the day – pic 5 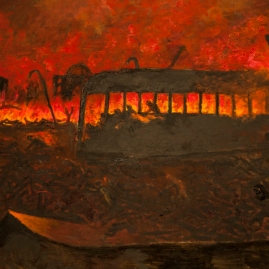 Memories of the day – pic 6

Memories of the day – pic 7 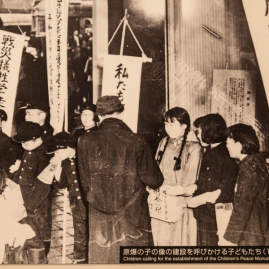 One thought on “Hiroshima Peace Museum”