My week in Osaka was punctuated by a number of day trips by Shinkansen, thus limiting my opportunity to get to know Japan’s third largest city. However, my immediate impression of Osaka was that of a city that does its own thing – an impression that was reinforced during my stay. Being so close to Kyoto it is impossible not to compare the cities and the contrast is clear. Where Kyoto is cultural; Osaka is commercial. Where Kyoto is refined; Osaka is brash. I am not saying one city is better than the other – that is a judgment for each individual to make, but they are different.

Similarly there are differences with Tokyo in that Osaka seems less fashion conscious and more easy going. Sometimes this manifests by appearing a bit rougher, but what is most noticeable is that the city worships food, hence its reputation as the “nation’s kitchen”. Restaurants, cafes and bars abound and all seemed to have customers. Does this mean Osaka’s homes are empty in the evenings?

Most of the photographs in this post were taken around the Dotonbori area, which is always lively after dark and a good place for people watching as well as eating. The gentleman looking contemplatively over the bridge rail (pic 2) brings back a pleasant memory of a conversation. After taking the shot we chatted for a while before he resumed his journey home from work. Such interactions when travelling are always valued for the insights one gains into the place being visited.

Except for the buildings in pic 10 the architecture is predominantly old and one hopes Osaka’s planners will opt to retain the area’s current character rather than yield to demands from developers. Losing the paved alleyways (pic 3), the night market stalls (pic 8), the earthy comfortable bars (pic 7) and the wacky statues (pic 5) would be quite tragic. Cities take a long time to build character and identity and if we are not careful it can be lost in the guise of sterile glass and steel developments.

I had not intended to comment on development until I looked again at the photos and thought about how my city has been wrecked by development and continues to be further wrecked. My apologies if I have caused offence.

Lonely by the canal

Slowing down after work 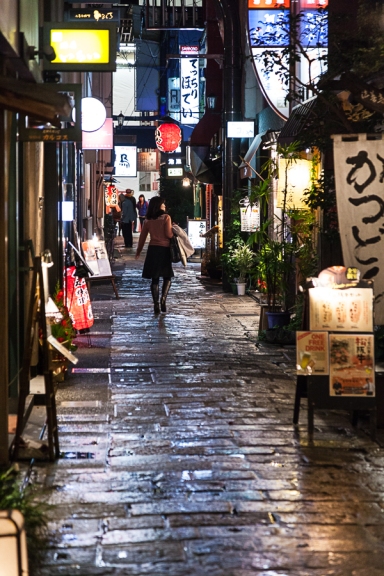 What restaurant was it? 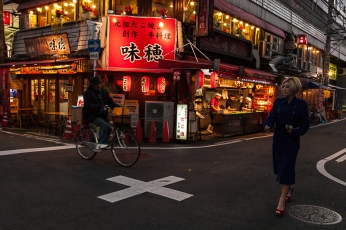 Crossing paths at a crossroad 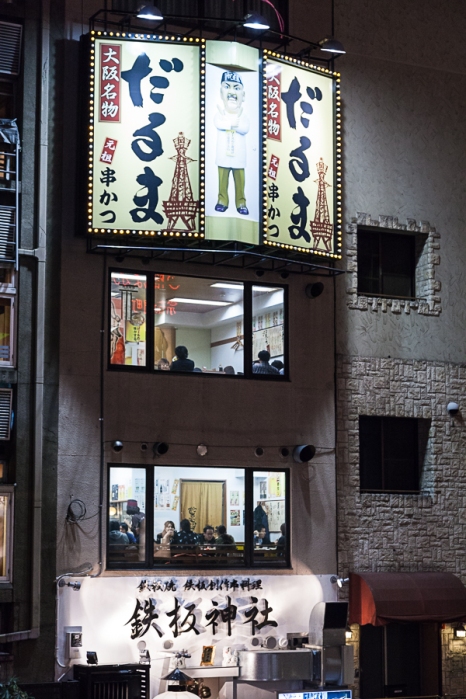 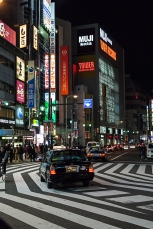