We depend on buildings for so many aspects of our daily lives such as shelter, safety and places of work, study and recreation to name a few. They are perhaps the most dominant mark that humankind has made on the planet and all buildings, regardless of size or function, started as an idea in someone’s mind. Architecture gives form to these ideas and when we travel to new places, we bring with us a natural curiosity about the architectural forms we will encounter.

So it was with my visits to Japan and although I was probably more interested in Japan’s older and more traditional buildings, I also found much of interest in its more contemporary architecture. In my last post on Shinjuku I featured a few examples, two of which are shown again here along with other selected buildings.

I have chosen to open the post with two shots (pics 1 and 2) of the Nagasaki Atomic Bomb Museum as a reminder of Japan’s diligent and ongoing commitment to world peace and as a reminder of the extensive rebuilding that was required post-war. The domed glass roof shown in pic 1 reminds me of Hiroshima’s famous domed building that stands as a monument to the horror and folly of atomic war. Similarly, the striking shadows at pic 2 invite visitors to the museum to contemplate past events as they wend their way down to the museum via the gently curving walkways.

Also utilising a lattice structure, the aptly named Mode Gakuen Cocoon Tower (pic 3) in Shinjuku houses three tertiary educational institutions (as identified in my previous post). To the bottom right of the photograph one can glimpse the adjoining dome structure, which, viewed at street level, is reminiscent of a golf ball half buried in a bunker. I’ve never really thought of buildings as “eye candy”, but this particular building jumps out and demands to be viewed.

Not far away, also in Shinjuku, one finds the towering Tokyo Metropolitan Government Building (pics 4 and 5). This truly is a colossus and although I did not find it very appealing aesthetically, its scale commands attention. The more visually appealing part of the complex is the semi-ringed structure shown at pic 2, itself of considerable scale as can be gauged from the solitary figure traversing the forecourt. Although it is an illusion I like the way the forecourt appears to be sloping away from the building.

Probably what most surprised me about Tokyo’s commercial towers was their scale and solidity. Compared to skyscrapers in cities such as New York and Chicago, the buildings in Marunouchi opposite Tokyo Station are not particularly tall. However, they sit so solidly on the ground to appear unshakeable, thus bearing witness to how architects have designed buildings to survive in an earthquake ravaged land.

As a demonstration of scale, one of my favorite shots is that of the three glass towers (pic 7), which was shot from a viewing area atop the Kitte Shoka shopping centre. The solitary figure highlighted at street level (bottom right of shot) hints at our physical insignificance, yet we must remember we are looking at the product of human imagination and construction.

Tokyo’s tallest structure is Skytree (pic 8), which, like other tall structures dominates the skyline. I recall one day being in Ueno and on impulse deciding to walk to Skytree. No maps or GPS navigation was required. All I had to do was look up and follow my nose. The structure is so dominant it did not even allow one the excuse of practicing Japanese by asking for directions. During that walk I took many photos along the way with Skytree in shot and perhaps I will post a “Finding Skytree” blog at some stage.

I mentioned Kitte Shoka a moment ago, which is a relatively new shopping centre directly across from the Marunouchi entry to Tokyo Station. As shown at pic 9, the internal design is interesting with the shops arranged on several floors following a triangular layout.

One of Tokyo’s most striking buildings is the Tokyo International Forum (pics 10 to 12) located near the boundary of Tokyo’s CBD and the Ginza shopping district. The building functions as a convention and exhibition space and is the outcome of the first international architectural competition held in Japan in 1989. Inside the building is especially magical and teases visitors to open their imaginations. Designed in the shape of a sailing boat, one could equally imagine being Moby Dick swallowed by a giant whale, or even being held within an inter-galactic spaceship.

To conclude this post that, in reality, has not even scratched the surface of contemporary Japanese architecture, I have chosen three smaller scale structures. Pic 13 can be found in Ginza and is included simply for its elegance and distinctly Japanese aesthetic. At pic 14 I have shown an external staircase attached to the FUJI television headquarters building in Odaiba because, for some reason, I felt compelled to include something brutal. In my opinion this staircase met that need. Finally, the vertical garden at pic 15 seemed an apt way to acknowledge that there is always room for nature amidst the concrete and steel. 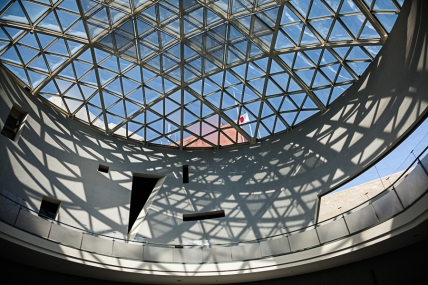 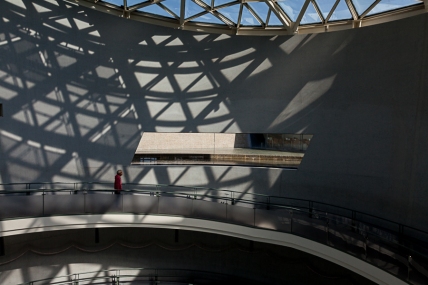 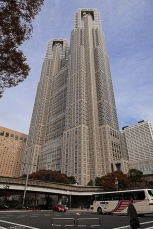 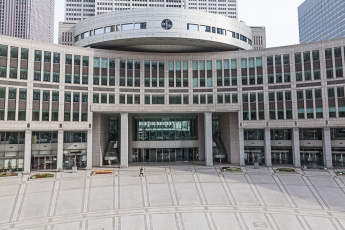 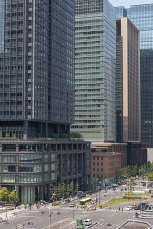 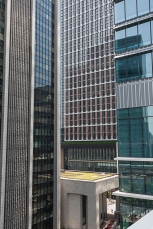 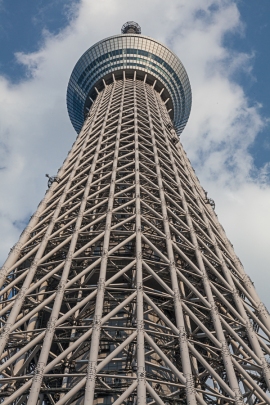 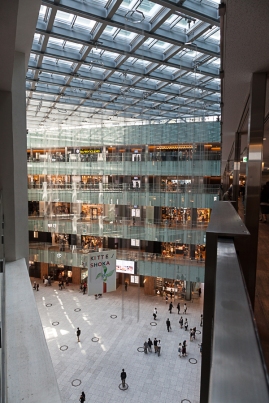 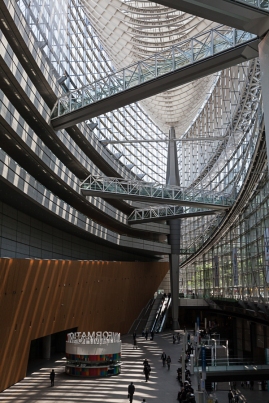 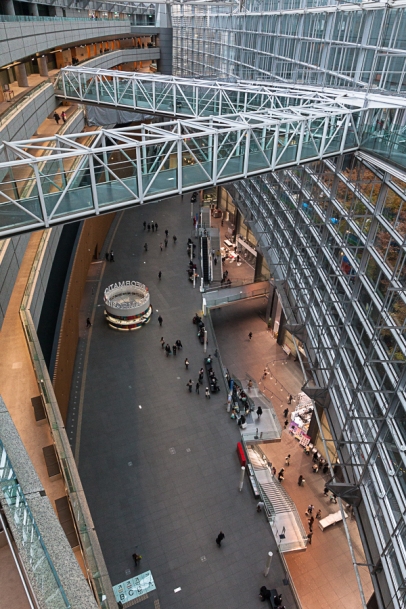 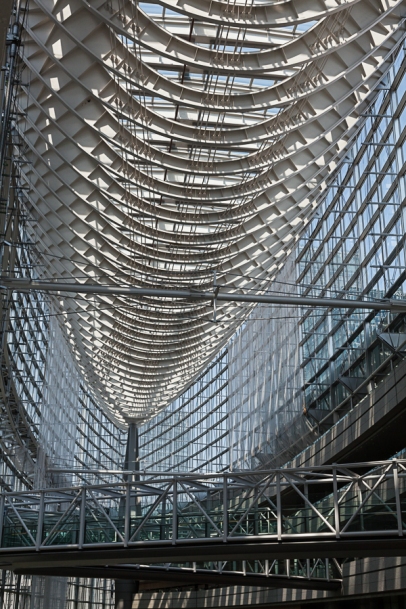 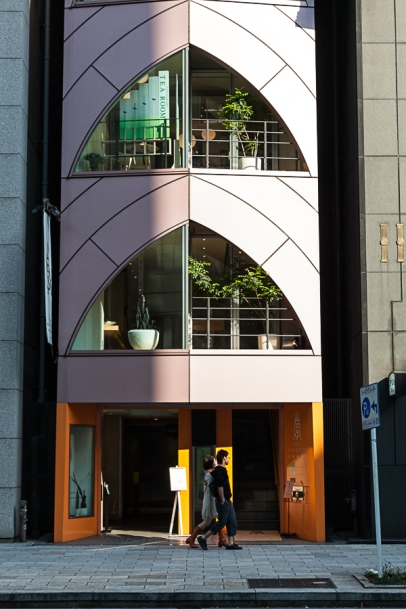 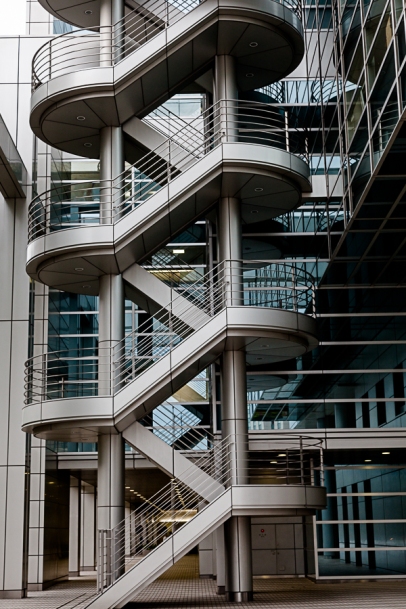 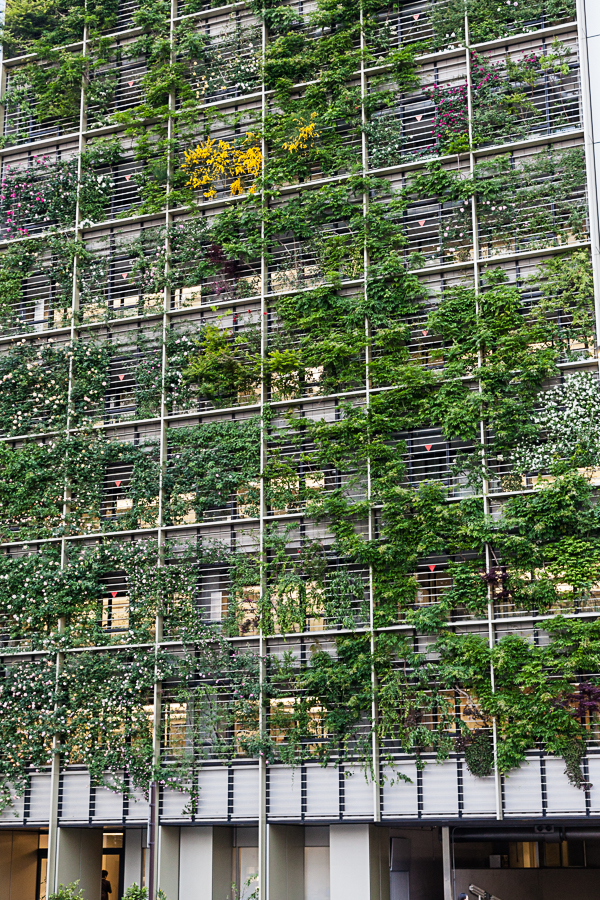 2 thoughts on “Contemporary Architecture in Japan”