Today’s post is a continuation from my last post on Nikko’s Toshogu and Taiyuan Shrines.  Whilst the emphasis is to provide a more comprehensive coverage of significant buildings and their splendour, it is acknowledged that the surface has barely been scratched.

The Yomeimon Gate is arguably the most eye-catching structure within the Toshogu Shrine complex and as can be appreciated from pic 1, the approach up a flight of rather steep stairs certainly focuses visitors’ attention on what lies ahead.  Those who take the time to peruse the gate more closely are rewarded with an array of 508 sculptures, a selection of which is shown by pics 2 to 4.

The inner wall extending from each side of the Yomeimon Gate (pic 5) is also heavily decorated with sculptures of flora and fauna.  Another interesting sculpture is the Imaginary Elephant (pic 6), which can be seen on the gable of the Kamijinko – the upper of the three sacred warehouses where Samurai-style costumes and Yabusame (archery on horseback) equipment is stored.  Keen observers will notice that the Imaginary Elephant differs in appearance from that of real elephants.  This reflects the fact that the artisans responsible had never seen a real elephant, hence the description Imaginary Elephant.

The Kamijinko is also shown to the left of the Nakajinko (pic 7), or the middle warehouse of the three sacred warehouses.

In front and to the right of the Yomeimon Gate stands the Drum Tower (pic 8) and the Korean Bell (pic 9), which was dedicated by messengers from Korea to celebrate the birth of Iemitsu’s son, later to succeed his father as the fourth Shogun Ietsuna.

During my travels through Japan I was consistently impressed by the craftsmanship and attention to detail assigned to the roofs of old buildings, which have an inherent beauty independent of the buildings they protect.  The examples shown here include a corner section of the Kamijinko roof (pic 10); the Honden roof at the Toshogu Shrine (pic 11); and the Karamon Gate (pic 12).

I could not resist including the detail photo of the doors to the Holy Sutra Library (pic 13), through which is stored volumes of historically significant Buddhist sutra.

Albeit less ornate than the Toshogu Shrine, the Taiyuan Shrine is nevertheless impressive as can be seen from the photographs of the Yashomon Gate (pic 14) and the entry to the Haiden (pic 15).

Apart from being, in my opinion, visually appealing, the old memorial stone (pic 16) I came across within the grounds of the Taiyuan Shrine is somewhat of a mystery.  I have asked a number of native Japanese speakers for assistance in translating the inscription, but the old kanji characters are proving difficult to interpret.  If anyone can translate the characters into English, their help would be most appreciated.

The final shot is included by way of a segue to my next series of posts, where I will pursue the theme of cherry blossom in keeping with that most joyous of Japanese seasons fast approaching.  It is also an appropriate note on which to end this post, where the old structures of Nikko gracefully accommodate the seasonal rebirth of the cherry blossoms – a scene somewhat symbolic of Japan’s ability to accommodate and cherish the coexistence of the old with the new. 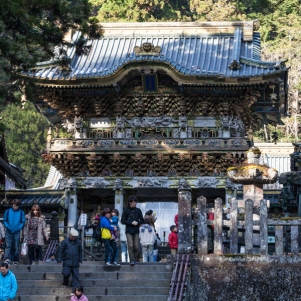 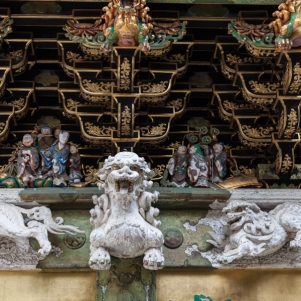 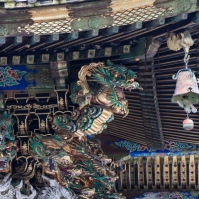 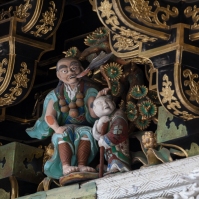 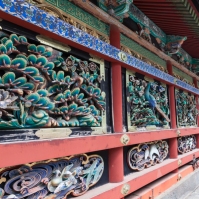 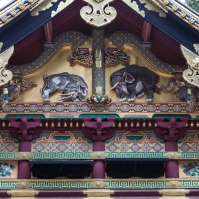 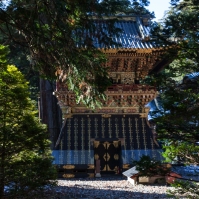 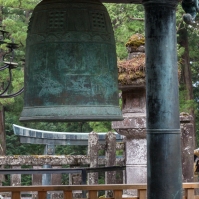 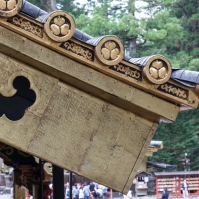 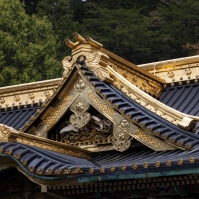 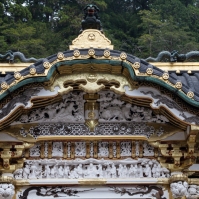 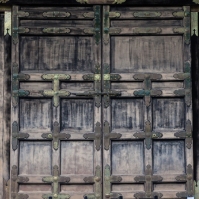 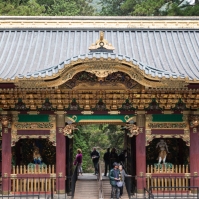 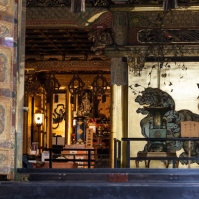 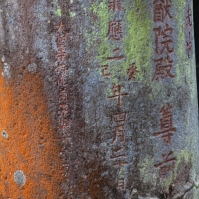 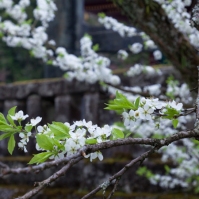 Nikko – Rebirth in an old place