Whilst the opening shots for this post may create the impression of a rural fishing village, that is not the case. The shots were taken around Hamamatsucho Pier in the heart of Minato, a densely populated city within the greater Tokyo metropolis and only a short walk from the Tokyo World Trade Centre.

Curiosity created the shots and this post. When visiting Tokyo I have always chosen accommodation near Japan Rail’s Yamanote Line for ease of travelling around, as well as travel on the line being included within the JR Rail Pass. Each time I travelled on the line I would catch a glimpse of boats moored in a canal near the Hamamatsucho Station and curiosity eventually got the better of me.

As can be seen from the shots, the vessels are mainly pleasure cruise boats and fishing boats and serve as a reminder of Tokyo’s extensive system of waterways. To find a little community such as this nestled within Minato, which is host to many embassies and corporations, also demonstrates Tokyo’s ability to (seemingly) effortlessly accommodate the diverse needs of its population.

As I spent time within this microcosmic environment, I was impressed by its calmness despite the reality of it being enveloped by infrastructure. This can be seen at pic 7, which I’ve titled “Infrastructure aplenty”. First of all we can see a canal system supporting water-based transport and commercial activity. Running across the shot at mid-level, one can see a train crossing over the canal. Not just any train, but a Shinkansen (bullet train) capable of travelling at speeds in excess of 350kph and arguably the epitome of state-of-the art train travel. For the record, regular trains also cross the canal. Finally, running above the canal is an elevated toll road carrying motor vehicle traffic. With so much infrastructure and technology within one frame, we gain a glimpse of how Tokyo works around the constraint of space. Notice also the softening effect of the greenery along the sides of the canal and the creeping plant softening the look and integrating nature with the built environment. 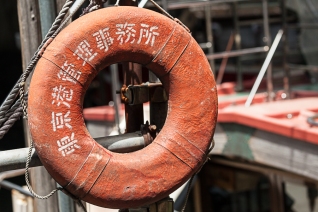 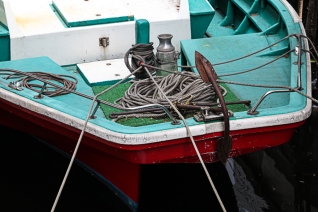 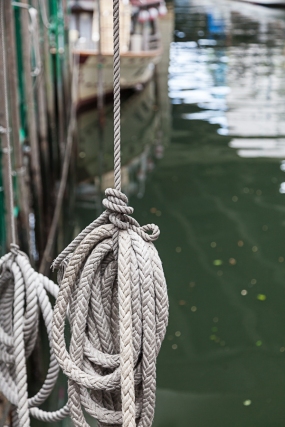 In need of restoration

Pondering the day ahead 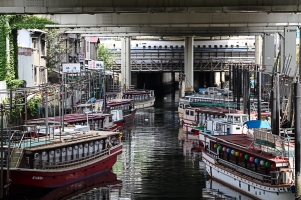 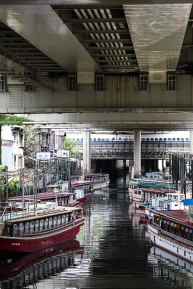 So Japanese – attention to detail