In my case, visiting Hiroshima’s Dome Building fell into the latter category. Even though I had a reasonable knowledge of the history of the atomic bombing of Hiroshima, I was unprepared for the impact of standing on ground that had been the epicentre of the single most destructive military attack in history. Among the emotions I recall from that initial visit were shame as a citizen of an allied nation that supported the attack; sorrow for the scale of innocents killed and injured; disgust that the decision was made with the knowledge of the potential impact; and concern about the nuclear arsenals that have been built since that fateful day in 1945. 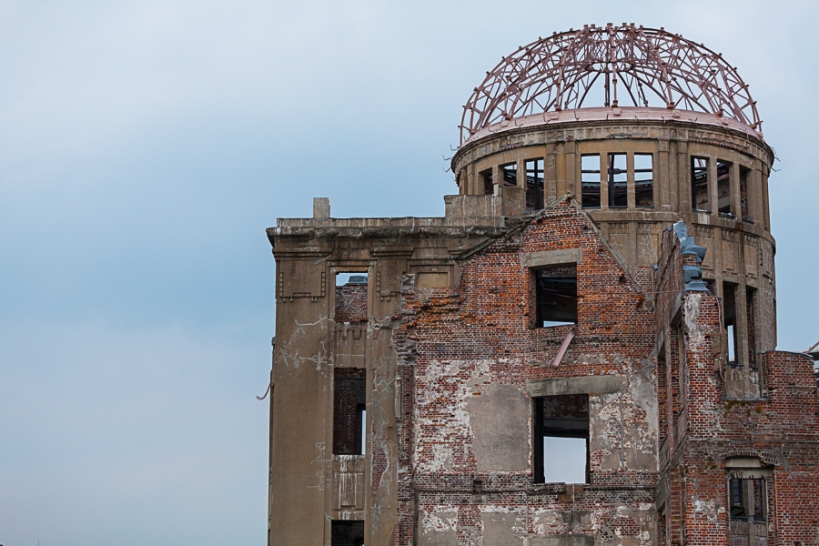 I was to learn that I was not alone in how I felt. A few months after my first visit I was fortunate to be able to exhibit photographs taken during the trip, which included the image of the Dome Building titled Negativity (pic 1). Once again I found myself unprepared in that this photograph was the most discussed photograph exhibited. I did not keep count, but more people went straight to this photograph than to any other and many of those people had visited the site during visits to Japan. Listening to those people share their thoughts and experiences felt very similar to my thoughts and feelings and it was a humbling experience to listen to strangers speak so honestly.

There is a story behind every photograph and the image shown is not the original shot. When I arrived at the site the weather was overcast with grey, lifeless skies. When I returned in the afternoon after spending time in other areas of the Peace Park (including the Peace Museum) the weather had improved and I was much happier at being able to capture the shot with a wash of blue sky, suggestive of optimism. Even in the space of the few hours between the two photo sessions I had felt the initial negativity start to give way to more positive feelings. I have no doubt this was due in no small part to the decision of the Peace Museum administrators and curators to tell the story of the event in a factual manner and without rancour.

By the time of my second visit to Japan my feelings regarding the event had shifted towards finding the positives. The horror of the day can never be erased, but it need never be repeated – a message that Japan has consistently promoted since the event. This time I took different shots of the Dome Building, one of which is shown here titled Positivity (pic 2). The bricks and mortar are the same, but nature has softened the horror and provided a subtle message that we must move forward.

In conclusion I would like to comment on references I have read that visiting Hiroshima is emotional tourism. I think this is nonsense and should never be a reason for visiting any location. Travel is like art in that it encourages one to think and feel about your surroundings and like art there is no substitute for viewing works in their original form.