Ueno is one of those places that creep-up on you – in my experience at least. Before visiting Tokyo I was only aware of Ueno Park as the hub for several attractions such as museums and a zoo and perhaps I will cover the park in a future blog. Today, however, I want to show other aspects of the area.

Ueno still has the look and feel of old Tokyo, albeit blended in with the encroachment of newer buildings, as I have attempted to show in pics 1 to 12. These shots were taken within a few blocks and give some idea of what might be experienced by those wandering through Ueno’s streets.

The old temple (pic 1) within the shadow of taller buildings is a familiar juxtaposition around Ueno and indeed other parts of Tokyo. I don’t know the temple’s history, but perhaps the street sign is an indication that it may still be functioning as an educational facility. Imagine turning ninety degrees and looking down the street (as I did for pic 2) to see the dominant form of Skytree looming large. In fact, when walking around any of its adjoining areas, Skytree is a virtual guarantee against getting hopelessly lost and being reduced to walking in circles. If lost, walk towards Skytree.

One block down the street on the right I came across a captivating old house (pics 3 to 5), which a local resident advised is more than 100 years old. Sadly, one can only speculate as to how much longer the old house will survive. As can be seen at pic 5, it abuts a more modern building and the adjacent allotment is currently used for short-term car parking, most likely a means to generate income until the site is redeveloped. Perhaps this is the story of this picture.

Crossing the road and moving a few buildings along from the old house, one finds an oasis of urban calm (pics 6 to 10) in the form of a shrine and small cemetery overlooked on all sides by higher-rise structures. I am sure the delightful garden and koi pond serves as a place of respite and contemplation for neighbourhood residents, as well as occasional passers-by.

Finally, whilst the building at pic 11 has the appearance of age, I suspect it is a case of appearing “old by design”. By contrast, the building at pic 12 is what realtors would market as a development opportunity. In these few photographs I am not pretending to represent Ueno’s architecture, but by selecting images from a few blocks of one street, I hope it has shown Ueno as an interesting and diverse place to wander.

The remaining shots show the busy pedestrian crossing outside Ueno Station (pic 13) and the popular Ameyoko night market (pics 14 to 21) that occupies the streets and lanes running parallel to the elevated train line, which can be seen in several of the shots. Ameyoko started as a black market after World War 2 selling sweet potatoes and sugar, which is far removed from today’s market where a wide range of food and other goods are sold. Whenever I visited Ameyoko, I was always impressed by its relaxed vibe and how happy people seemed to be. Given that Ueno Station is on the JR loop around greater Tokyo, as well as being a Shinkansen station, access is easy and recommended. 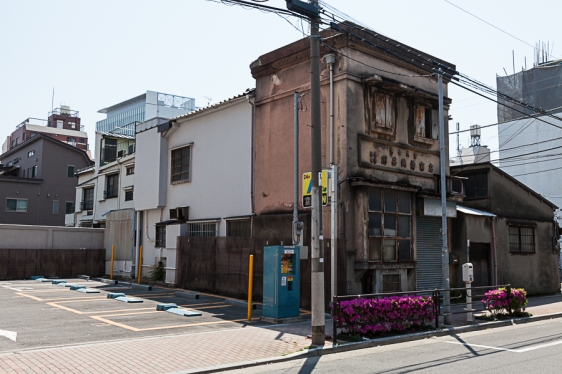 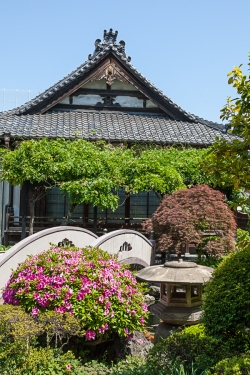 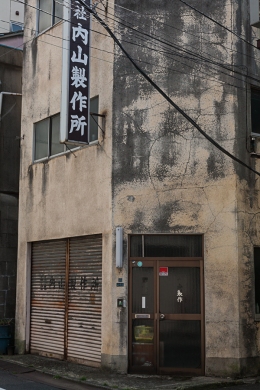 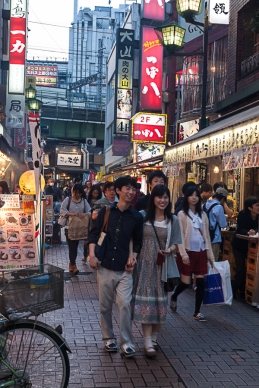 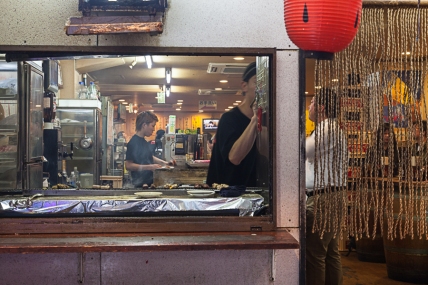 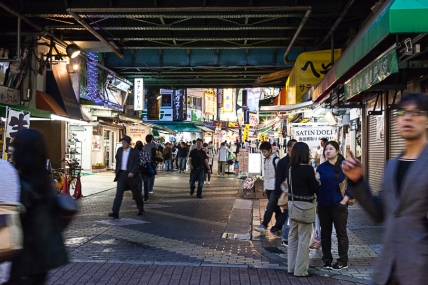 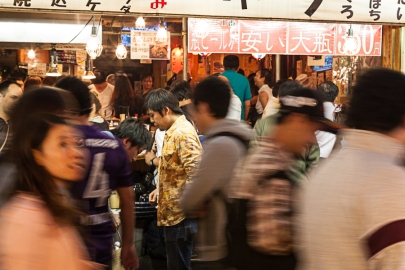 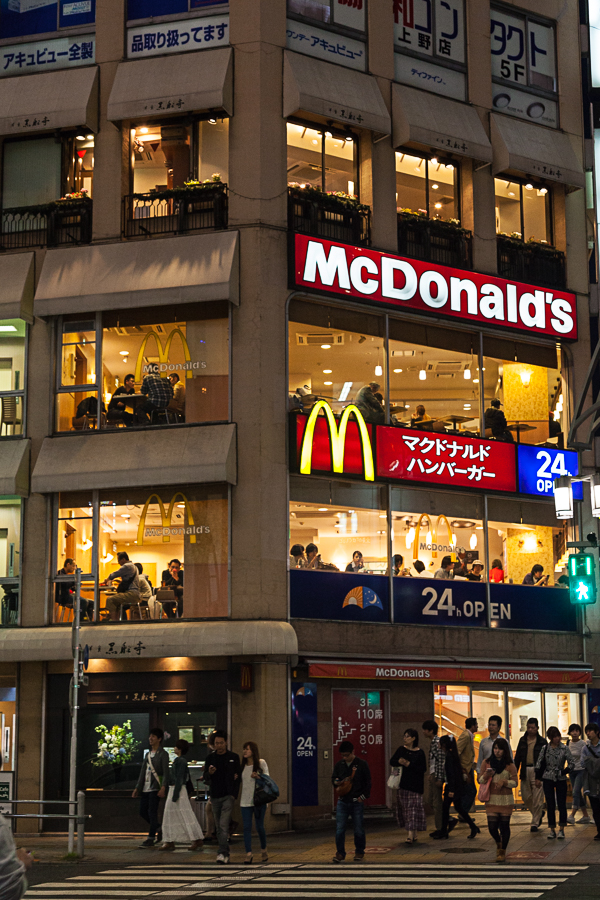