Concrete must surely have a claim to being the most important and indispensable building material of modern times. Its ubiquity is, however, not met with universal acclaim, with opinions varying along the spectrum of beautiful to ugly in relation to its contribution to our streetscapes and urban environments.

I will leave individuals to decide where they stand on this subject and perhaps, like me; you find examples of each within your local environments.

Concrete is, however, the common factor between the photos chosen for this post, which grew from my desire to share a few photographs of a rather interesting house in Harajuku (Tokyo). The shots are by no means an attempt to document the range of concrete structures one finds in Japan – they are simply shots of buildings that appealed to me.

The Harajuku Wedge is my name for the building shown by pics 1 to 4. It was a few minutes walk from where I was living and I remember my first view being the angle shown at pic 1, where it looked more like a freestanding wall. As one moves around to behold the view shown at pic 2, the shape changes from a sliver to a wedge and clearly becomes a residence cleverly utilising a small footprint. The dominant use of concrete is further seen from the detail pics (3 and 4), where the use of other materials and plantings soften the raw harshness of the concrete. I never tired of looking at this building on my walks and for me; it serves as a good example of innovative architecture.

The Nagano Cube (pic 5) may lack the visual impact of the Harajuku Wedge, but it begs the question of whether it represents an emerging style in a country where space is always in short supply. Cubes tend to be divisive in architectural terms and are another of those “love or hate” design options. Nevertheless, the style maximises space; would appear to be energy efficient judging from the array of solar panels on the roof; and seemed to blend reasonably well with its neighbours.

A different look altogether is what I called Asakusa Chic (pic 6) where the use of industrial materials, including concrete, have been used to create a residence that integrated nicely with its residential/industrial neighbourhood. I wish I could have seen inside, as I distinctly remember wondering if this may have been the Tokyo equivalent of warehouse conversions. My final Tokyo inclusion is a Ryotei (high class restaurant often involving entertainment by Geisha) in Mukojima (pic 7), an area of Tokyo where older style buildings can be found due to the area being less heavily bombed during World War 2. Whilst the building presents as rather conventional, its style is nevertheless distinctly Japanese and consistent with the generally discreet external appearance of such establishments.

Downtown Osaka (pic 8) was shot from my apartment window and perhaps most clearly shows the ubiquity of concrete, as well as the boxy, space efficient styling. Despite this, I still find the view interesting and to borrow a friend’s observation, the colourful billboards and street advertising found in Asian countries brings life to otherwise bland scenes. The second Osaka image (pic 9) is a building in the Dotonbori area, where the more fluid shapes within the external steel staircase adds an (almost) art deco feel to an otherwise plain concrete structure.

To conclude this little sojourn into the world of concrete, pic 11 was shot at Kyoto’s Garden of Fine Arts. In reality the name is somewhat misleading in that the garden has no plant life, nor does one find works of fine art. Instead one enters an imaginative space where popular works of art have been reproduced within an open-air gallery of concrete, steel and glass, which perhaps will become the subject of a future post.

Is there a moral to this post? Well, to be honest, it started as a simple desire to share shots of a building that caught my eye and held my interest, but morphed into something a little more. As a material, concrete can rightly be described as dull, boring, bland, plain and any other number of similarly uncomplimentary terms. It has, however, become our building block and when used imaginatively has the potential to add interest and beauty to our lives. It reminds me of an old saying that: “a good tradesman never blames his tools”. 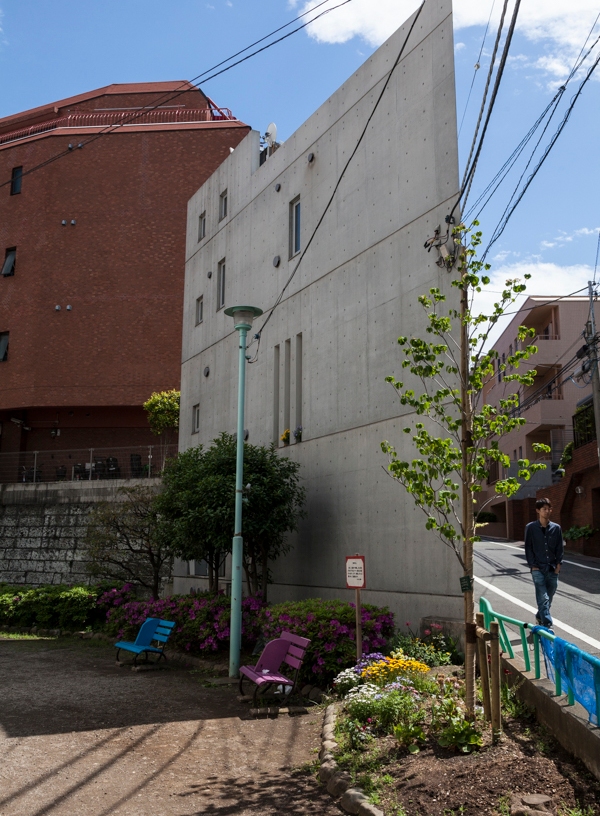 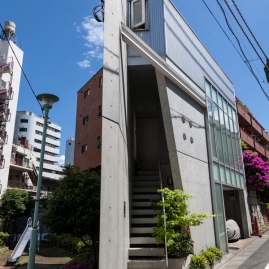 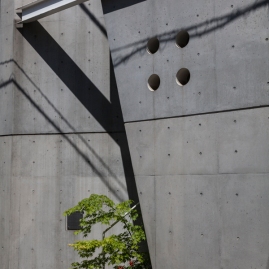 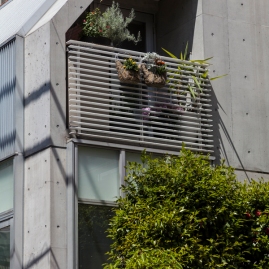 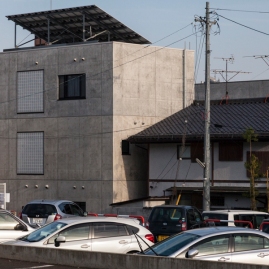 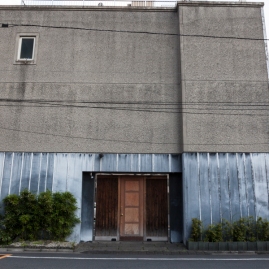 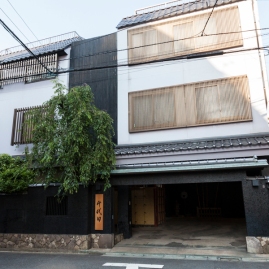 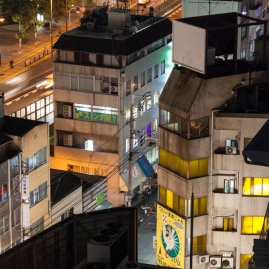 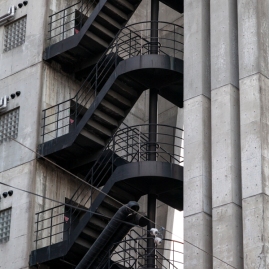 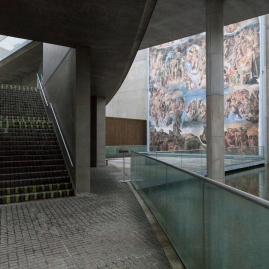